Click on the covers below to see the books 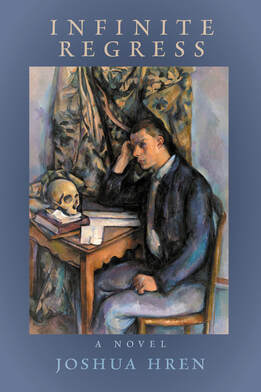 ". . . a rare bird .  .  . not just a brilliant novel but, in the truest sense, a divine comedy."
-Review of Infinite Regress in The Los Angeles Review of Books

"Infinite Regress is easily the best Catholic novel since Beha's What Happened to Sophie Wilder. We few, we happy few, who follow the world of Catholic fiction like it's a major league championship, welcome a new frontrunner."
-Review of Infinite Regress in The Catholic Weekly

". . . the novel’s most canny feature: penetratingly funny satires of the shallowness of contemporary American life. It surpasses C.S. Lewis’s The Screwtape Letters in its originality, cunning, speed, and penetration into the mystery of evil and the tensions within the human soul."
-Review of Infinite Regress in The University Bookman

"This novel wants those readers who turn to fiction for wisdom as a hermit turns to silent prayer on a mountaintop."
-Review of Infinite Regress in The American Conservative

"The truth is much more complex and messy and, like Shūsaku Endō, Joshua Hren has become a master of depicting the intricacy of the faith and doubt, as well as the virtue and sin, that plague the human heart."
-CWR 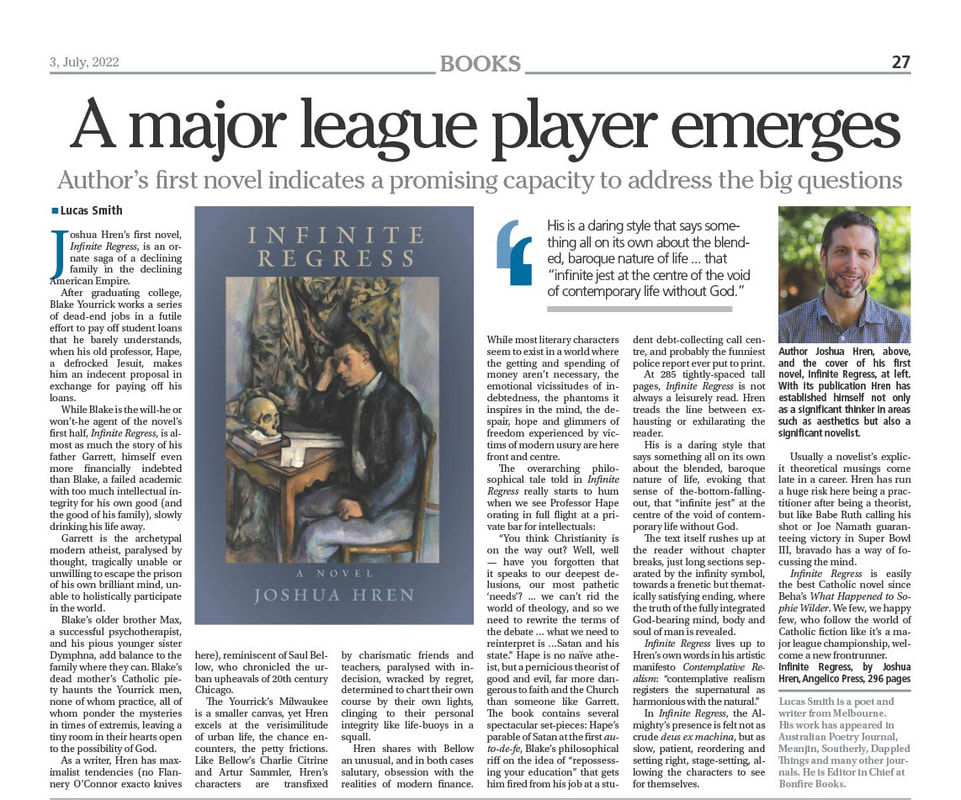 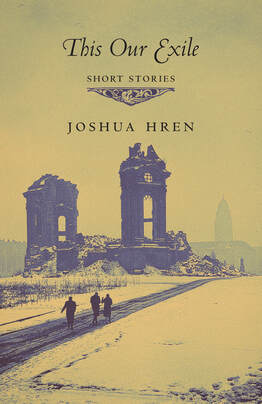 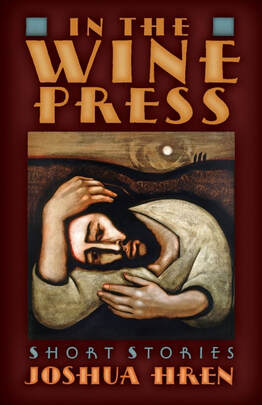 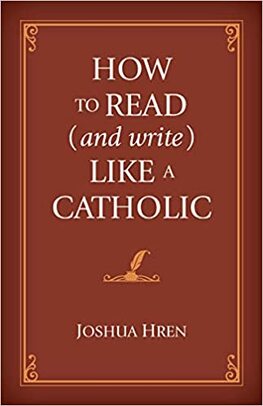 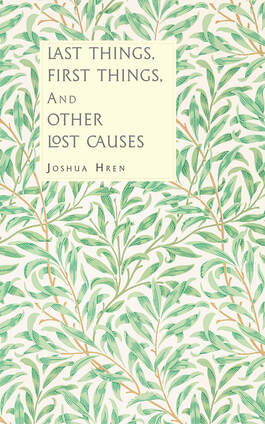 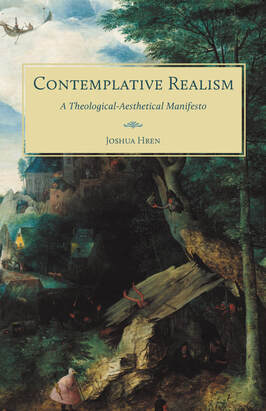 In the tradition of Allen Tate, Yvor Winters, and J.V. Cunningham, Last Things, First Things, and Other Lost Causes surveys the loves and losses of late modern men and woman in all their degradation and beauty. Unblinkingly, Hren details scenes, stories, images, and metaphors that revisit and reveal the final end which many have forgotten. With a keen sense of metrical rhythm and narrative pacing, Hren imagines a litany for the lost: Aeneas washed up on the shores of Seattle, the sacrificial love of parents sorely tested, a near-divorced couple stirred to reconciliation, the immanentizing pressures of urban life, the sting of loss brought by degraded language, and the suppression of a supernatural vision. By turns heavy and healing, Last Things, First Things, and Other Lost Causes reaches for the weight of glory—a weight that lightens our burdens in the time that remains.

“From the clay-cool banks of Puget Sound to the Virgin's warm embrace, this collection of poems offers insight and brings delight. The mending words of Joshua Hren tickle our word-shaped fancy and testify to truths eternal. Much recommended.”
-R.R. Reno, Editor of First Things

​“What an intense read​!​ The novel keeps asking the reader, ‘How do you live if you're going to die?’ Infinite Regress faces the evils and tragedies of our current cultural moment with prophetic eyes. The novel is soaked with the influence of Dostoevsky—Fyodor Karamazov, Stavrogin, Ivan, and others bubble up into the 21st century with American problems and counterparts. Through complex and bitterly human characters, Hren draws readers into deep dialogues about what we believe and how we live those beliefs, especially in light of good, evil, and our fated mortality. Faith is both tested by fire and rises up as what is needed to purge us of the mess we make with our choices. Infinite Regress is a memento mori that does not hold back from scouring its readers with truth.”
—Jessica Hooten Wilson, Louise Cowan Scholar in Residence at the University of Dallas, author of Giving the Devil his Due: Flannery O’Connor and The Brothers Karamazov

“Joshua Hren’s unique creative voice—and deep-seeing eyes—offer a probing portrait of America in the twilight of the west. Infinite Regress is essentially about how redemption may be found there at the impoverished bottom, sometimes in surprising disguises, even in a polluted atmosphere of lies and addictions—some of them deadly evil and others just human weakness, impulse, or habituation to self-created personas. His vivid characters struggle through deceptions and self-deceptions, accommodations with half-life, while struggling to maintain their humanity in the face of apparent hopelessness, though the novel is not without comedy—and even follows the commedia, as forgiveness come about through a communio of persons pointing toward hope.”
—Michael D. O’Brien, painter and novelist, author of Sophia House, The Island of the World, and many others

In the years since his graduation from St. Marquis University, Blake Yourrick has fled his family and Milwaukee, rotating from job to dead-end job–working the Bakken oilfields in Dakota and even signing on as the night caretaker of a rural abbey graveyard. Deep in student debt and estranged from his misanthropic, alcoholic father, Blake is haunted by the memory of his mother’s death—and by his relationship with his college mentor, a defrocked priest named Theo Hape who is known for his adventurous theological ideas, as well as for the uncanny, seductive power he wields over his students. When Hape, learning of his former charge’s desperate straits, proposes a perverse exchange of services, Blake finds himself tempted to test the professor’s radical theories in real life. What follows is a metaphysical duel reminiscent of the novels of Dostoevsky and Bernanos, pitting a modern-day anti-Christ against a reckless but resilient young man and his well-meaning, dysfunctional kin.

In Catholic World Report, Stephen Mirarchi writes of a “deep thinking storyteller on the rise.”

“Many have suspected that, just as Tolkien’s religious faith, never mentioned in his fiction, nevertheless underlies it, so political philosophy, never directly expressed, animates his fiction and is one powerful reason for the responses it has generated. Joshua Hren’s study of Tolkien and ‘the common good’ takes this intuition and makes out the case for it, with detailed study of both the traditional philosophy Tolkien knew, and the philosophical developments which have occurred since."
—Tom Shippey, author of The Road to Middle-earth: How J.R.R. Tolkien Created a New Mythology

“Hren tackles Tolkien's Catholic political vision with verve and vigor, and with a vibrant and tenacious understanding of the principles that informed Tolkien’s understanding of power and its abuse.”
—Joseph Pearce, author of Tolkien: Man and Myth, a Literary Life

“Hren demonstrates compellingly that Tolkien’s fiction offers us ways in which to conceive the entirety of our life together politically, philosophically, and ethically.”
—Alison Milbank, author of Chesterton and Tolkien as Theologians: The Fantasy of the Real

“Middle-Earth and the Return of the Common Good is ideal for fans and scholars alike.”
—G. J. McAleer, author of Tolkien and The Lord of the Rings: A Philosophy of War

“Joshua Hren’s How to Read (and Write) Like A Catholic pays tribute to a wide range of notable authors from the Catholic literary tradition. But what follows Hren’s exquisite and original exploration of literary texts is a quiet challenge: a Catholic writer whose work finds deep relevance in our age will be one who shrugs off easy platitudes and instead pursues an unflinching moral, intellectual, and artistic engagement.”
--Christine Flanagan, author/editor The Letters of Flannery O’Connor and Caroline Gordon

"Joshua Hren’s How to Read (and Write) like a Catholic is not just another thick, square book. It is a catechism that will guide you through the long Catholic literary tradition, stopping along the way to introduce you to its best authors and to examine the great questions of judgment and craft that every reader and every writer must consider. This is not just a new book by an important young author; it is the fruit of an entire tradition. It is no mere survey; it is an introduction to a way of living well within the human drama of Christianity."
-James Matthew Wilson, Poet-in-Residence, Benedict XVI Institute for Sacred Music and Divine
Liturgy

"Catholic literature is, for many people today, at best a minor genre, at worst an impossibility, since they think religious commitment stunts the imagination. In this wide-ranging survey, Joshua Hren shows how very wrong those prejudices are by an examination of some of the great Catholic writers of the past. In addition, while there are no sure rules for creating literature that deeply engages faith, he offers some valuable insights into how writers can further the Catholic literary tradition in their own work, even in our unfavorable circumstances."
—Robert Royal, president of the Faith and Reason Institute and author of Dante Alighieri: Divine Comedy, Divine Spirituality and A Deeper Vision: The Catholic Intellectual Tradition in the Twentieth Century.